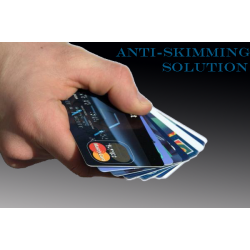 The Anti Skimming Device provides proactive threat detection to counter fraud and data theft at the ATM. The device has several methods of detection:

There are no products to list in this category.